Joanna Mallin-Davies was born in the coal mining, Rhondda Valleys of South Wales.

She studied at the College of Art in Cardiff, and began working as a professional artists immediately on graduating, exhibiting her work throughout the world ever since.

She moved to Hong Kong, where she lived and worked for several years, before returning to Britain; making her base in London, and travelling with her work, all over the world. She left London to live in north Denmark, on the edge of a Fjord, where she found peace and space in which to work, in the raw beauty of the nature.

One of her sculptures was accepted to be part of a Sculpture Walk in South Dakota, USA, and serendipitously, the piece was cast foundry in Firenze, staying in San Donato in Poggio. When the sculpture was finished, she decided to move permanently to Toscana, where, after more than 20 years of making sculpture, she felt she had returned to the ‘source’ – immersed in the land of the Renaissance Masters.

Few subjects have had such strong symbolic significance to man, as the horse.

Few images other than the nude have been so frequently observed in Art.

the essence of female form and presence

Feeling of strength and simplicity

At its source her work is fundamentally classical, but having lived in Asia for some years, it carries the influence of ancient Chinese and Japanese art, Hindu, Buddhist, and Taoist symbolism and philosophies.
It is essentially concerned with the inner experience – emotions, spirituality, consciousness and inner being.

Simple, sensual curves and inflated weightlessness; the essence of female form and presence – Whether in a state of rapture or serenity, the women she creates have an innate self-possession, an inner smile, as if finding a beautiful, abundant garden. They share an inner contentment, living in pleasure with themselves and their surroundings. It is their pleasure.

She carries this feeling of strength and simplicity into the form of the piece. Smooth, simple lines and curves accentuated by the punctuation of slight details of expression in face and hands; the feeling of peace and balance resonating throughout.

Few subjects have had such strong symbolic significance to man, as the horse, and few images other than the nude have been so frequently observed in Art. Her horses are charged with the strength and integrity of the prehistoric cave paintings of Lascaux and subsequent civilisations.

The horse and figure; whether male or female, real or mythological, are perfect vehicles for her to communicate her feelings of the different facets of humanity and our relationship to the world, ourselves; of femaleness, sensuality and inner strength. These ideas continue to fascinate her, giving her ever-growing and changing insights. She avoids laboured titles, preferring people to see her work un-hindered by her personal philosophy.

Joanna’s education is in ceramics, a training that instilled in her a belief in ‘Truth to Material’. For this reason, when she decided to develop her work into bronze, rather than simply handing over the pieces to a foundry, she did an apprenticeship with a bronze caster and subsequently worked in a fine art foundry for several years. 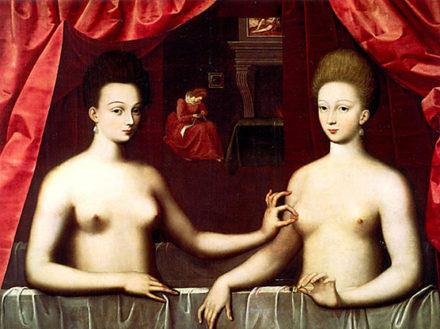 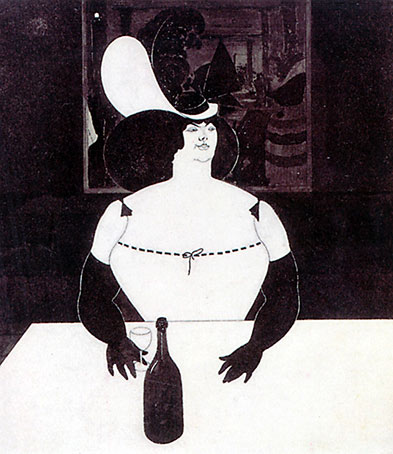 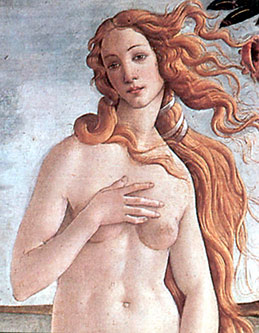 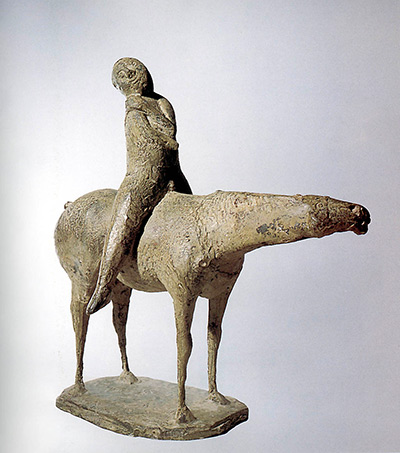 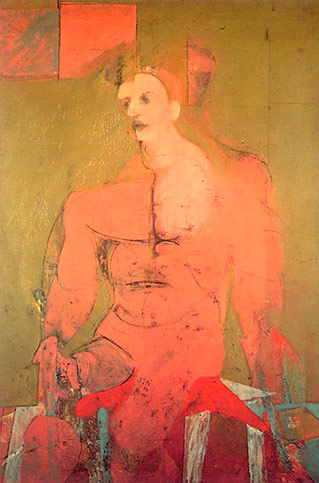 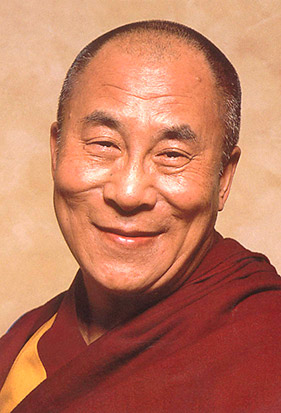 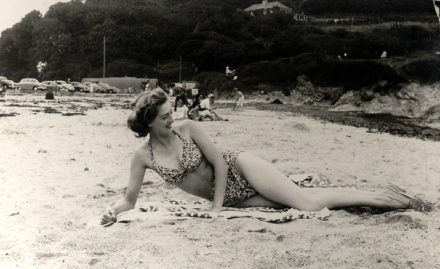 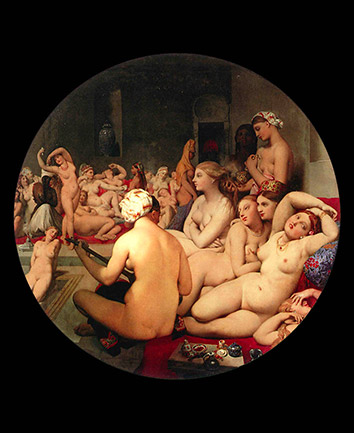 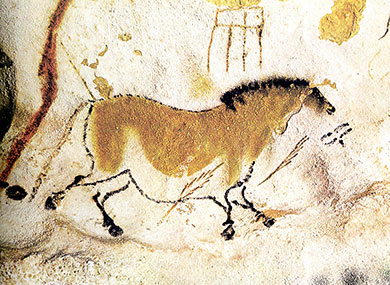 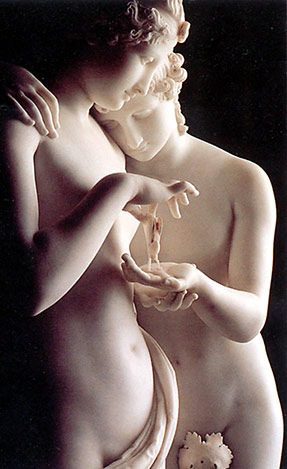 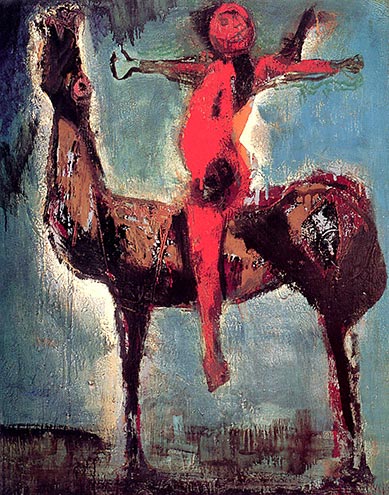 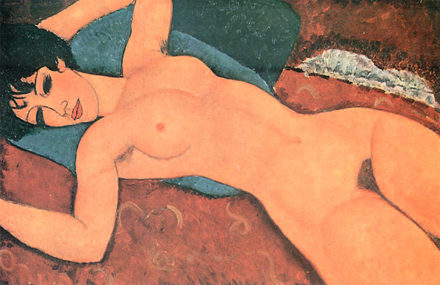 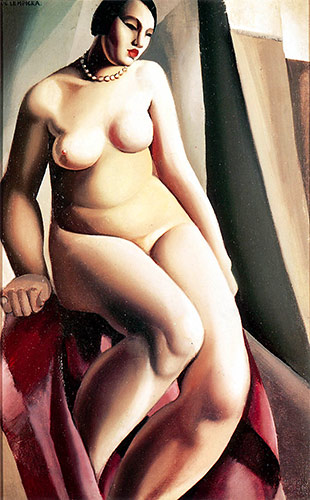